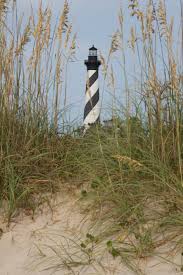 On June 26, 1962, the first detection of a Soviet nuclear submarine occurred by signals processed at Naval Facility (NAVFAC) Cape Hatteras from the SOSUS network.  This momentous event started as a tasking to scientists and engineers to study anti-submarine warfare with a primary task to develop detection of Soviet submarines.

Project Hartwell and the later Projects Jezebel, Michael and Caesar created an extensive underwater detection system which assisted in underwater threat detection.  The SOSUS network and its abilities were classified until 1991. The personnel who worked the were unable to reveal their purpose nor were they able to take credit for the developed information to the Fleet. Contact information developed was delayed in its release to the Fleet to mask how the information was obtained.

The original SOSUS network is partially deactivated.  The active segments are now used for scientific research including the tracking of whale pods and other underwater life, seismic activity and volcanic activity.

Look for future articles about US Military History